It is ultra experience 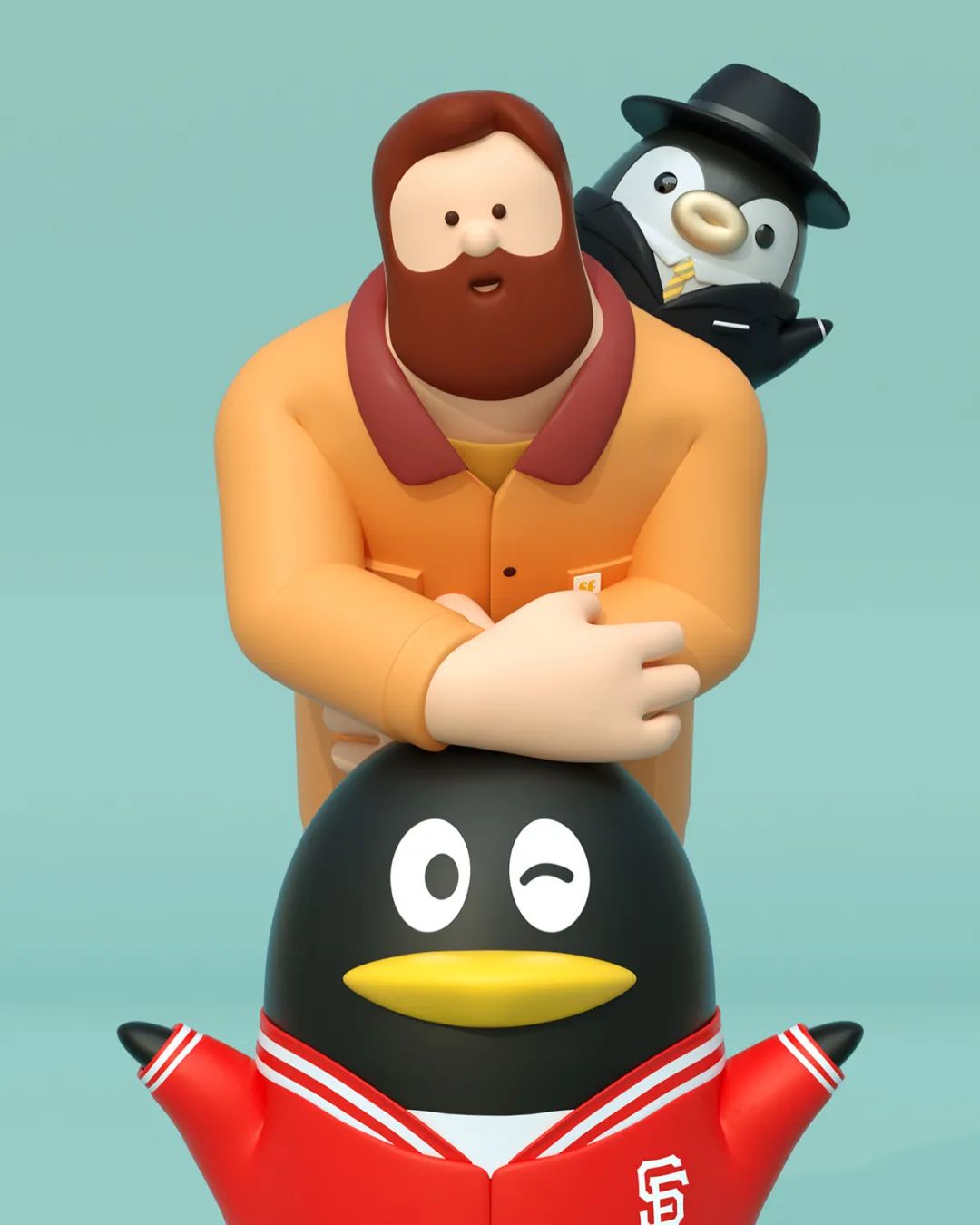 Superfiction uses various media such as illustration, graphic design, product design and animation to express their universe. They also produce their characters in the form of limited-edition toys to introduce different types of lifestyles and stories to people. Freddy dressed in workwear brands such as carhartt and Danner to represent a San Francisco worker, while Jackson expressed a trendy barber by wearing a baseball jumper, slim coated jeans and limited edition sneakers. In this way, they express many interesting lifestyles through various characters. On this collaboration project, we also applied their way of expression. A new type of toy containing the identity of Superfiction was made by projecting the lifestyle they wanted to express to QQ and PUPU. 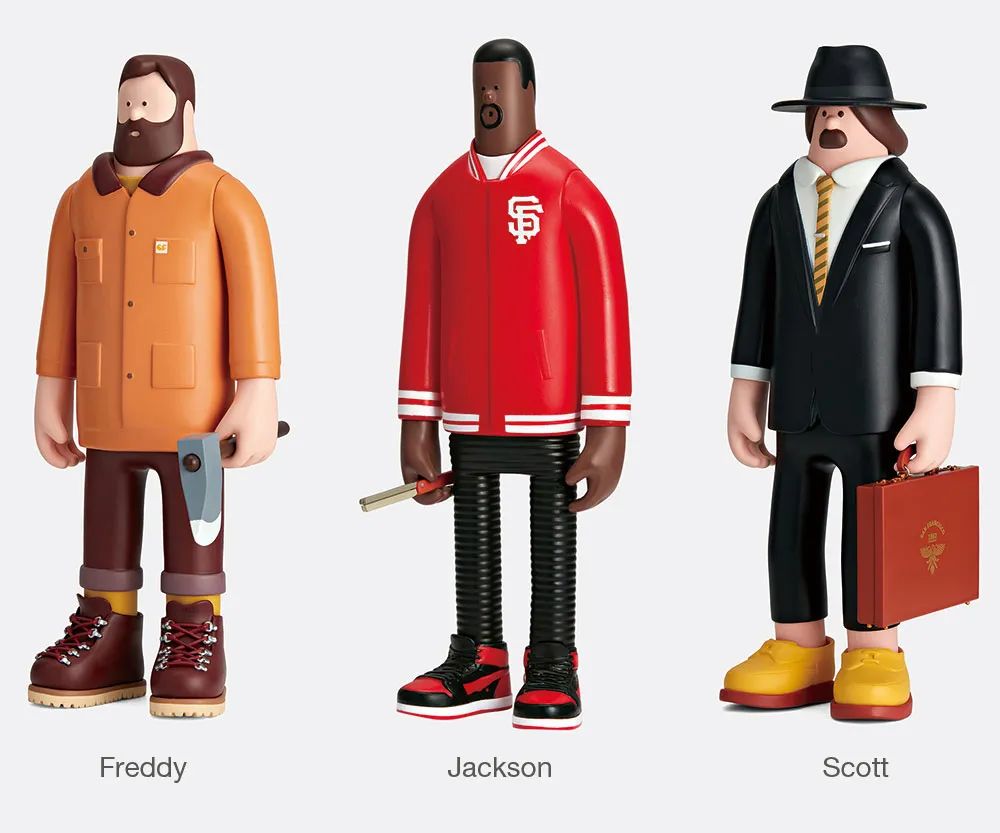 Freddy : Freddy is warm-hearted character unlike his rough appearance. He is a worker who likes to wear brands like carhartt and Danner and enjoy outdoor activities.

Jackson : Jackson is friend of Freddy. He is a barber who is interested in subculture and enjoys shopping. He always wears sportswear and limited edition sneakers.

Scott : Scott is a taylor who keeps loneliness behind his fancy look and a cold heart.


First we applied Superfiction's identity to our cute penguins. so we created a new type of characters. The costume of Jackson was applied to QQ, and we cosplayed PUPU with Scott's costume. By placing them to interact with their representative character Freddy, we made these two world to blend in naturally. 
We wanted these three completely different characters to naturally intertwine and appear as one complete product rather than look separated. We have found the most natural pose by drawing some sketches of these three characters which are facing each other.


After testing various poses through the sketches, we made it into 3D modeling to check the shape in various angles. And we confirmed whether there would be any problem when it is actually made into a toy. During the progress, the detailed poses and positions were slightly modified in consideration of the visual balance and the center of gravity. Finally, the bottom part was designed to support the toy stable and tie the entire characters together.


In the case of online sticker design, the characters movement was quick and did not need to have high resolution so it was better to design without some details. However, since the toy needed to be produced as a real product, we improved the quality of design by adding more details. 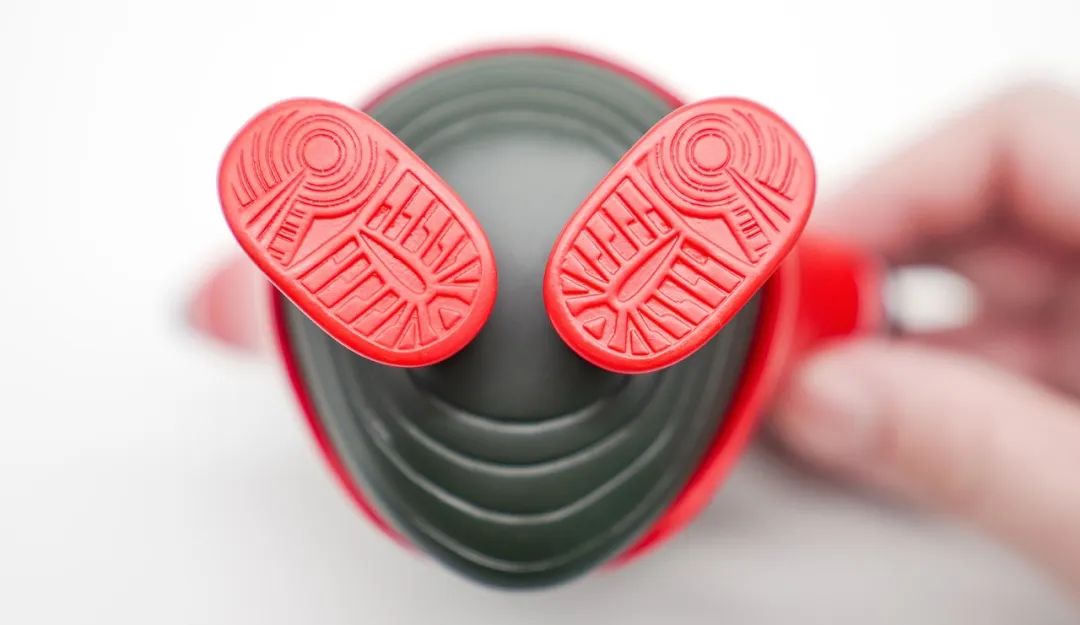 The collaboration logo and limited edition number printed on Freddy's back, so the costumers can check the production number of their own toy. 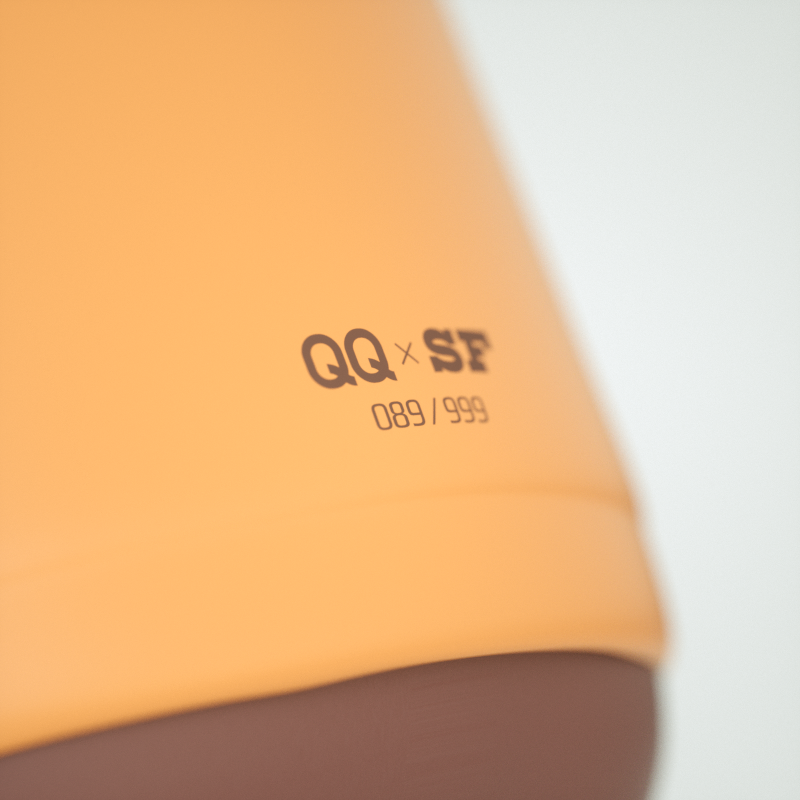 
QQ can be separated from the main body independently by itself, and Freddy can be used as a cradle for any kind of objects as shown below. The ax, which is Freddy's item can be also separated from the bottom part and freely placed between Freddys arms or anywhere, adding some fun elements to the toy. 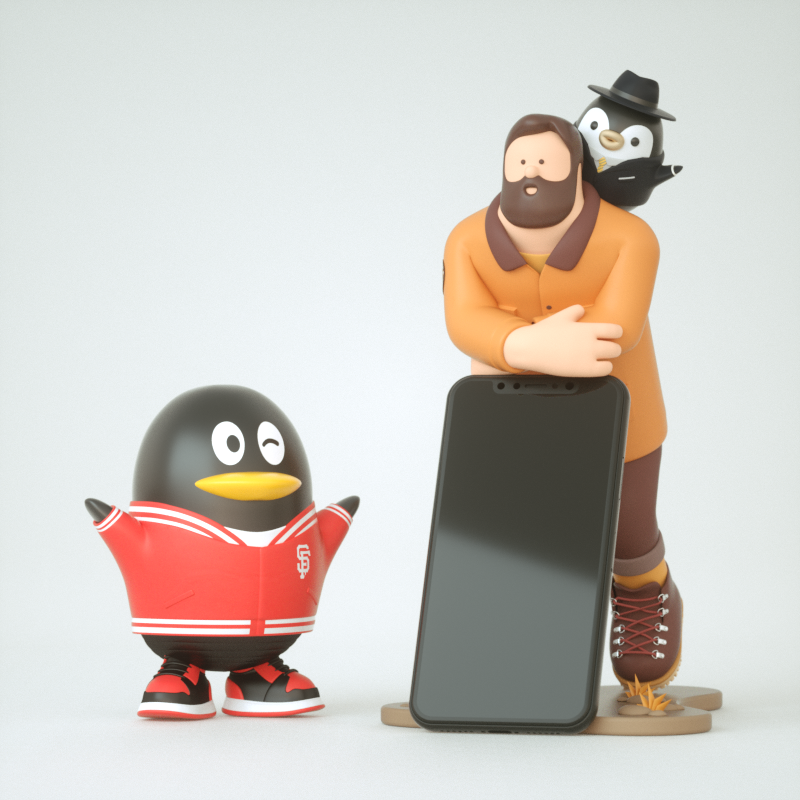 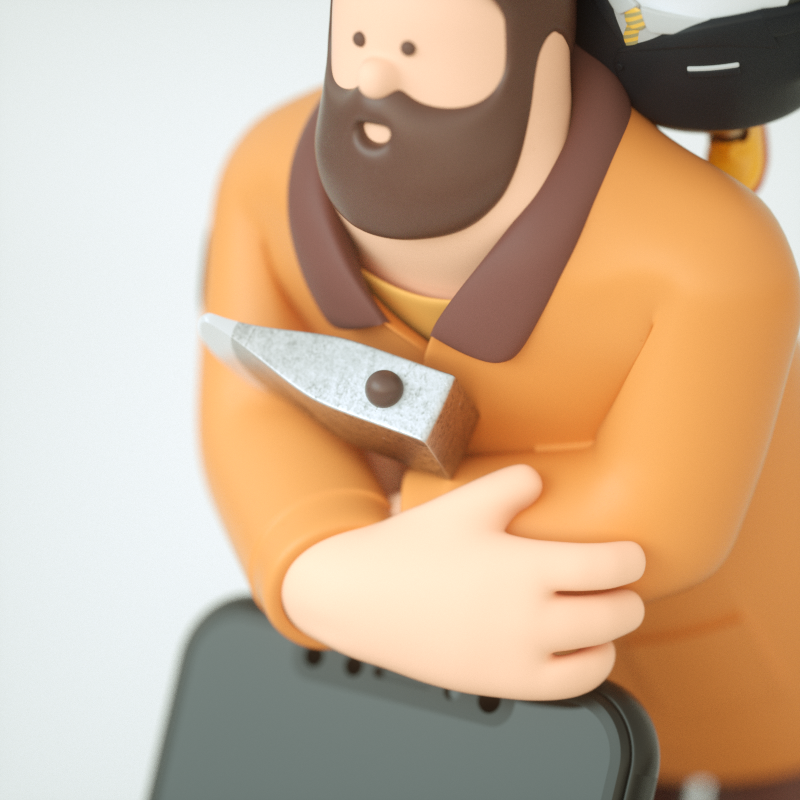 
The package is made in ample sizes so that the toys can be packed at once. The cover was decorated with a 3D graphic image that was made during the design process. in the package, we also enclosed a poster and certificate card which we designed by using a scene of online sticker, three characters hugging together. And for the promotion, the poster was also made and released as below. 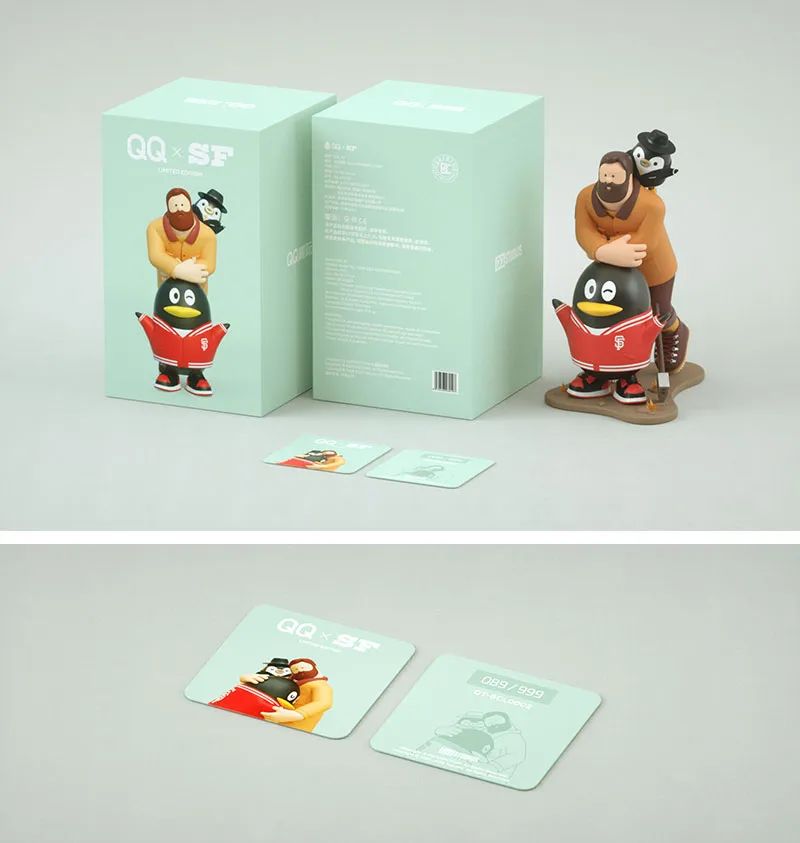 
San Francisco worker Freddy, penguin QQ of Shenzhen and an alien from outer space PUPU have created another new 'Superfiction' by characters of two brands with different identities and origins meet together. Through this, we were able to see the two brands meet to create new values, not just one-off event. I hope that QQ's Superfiction will continue to be created with many other brands as well as Superfiction. 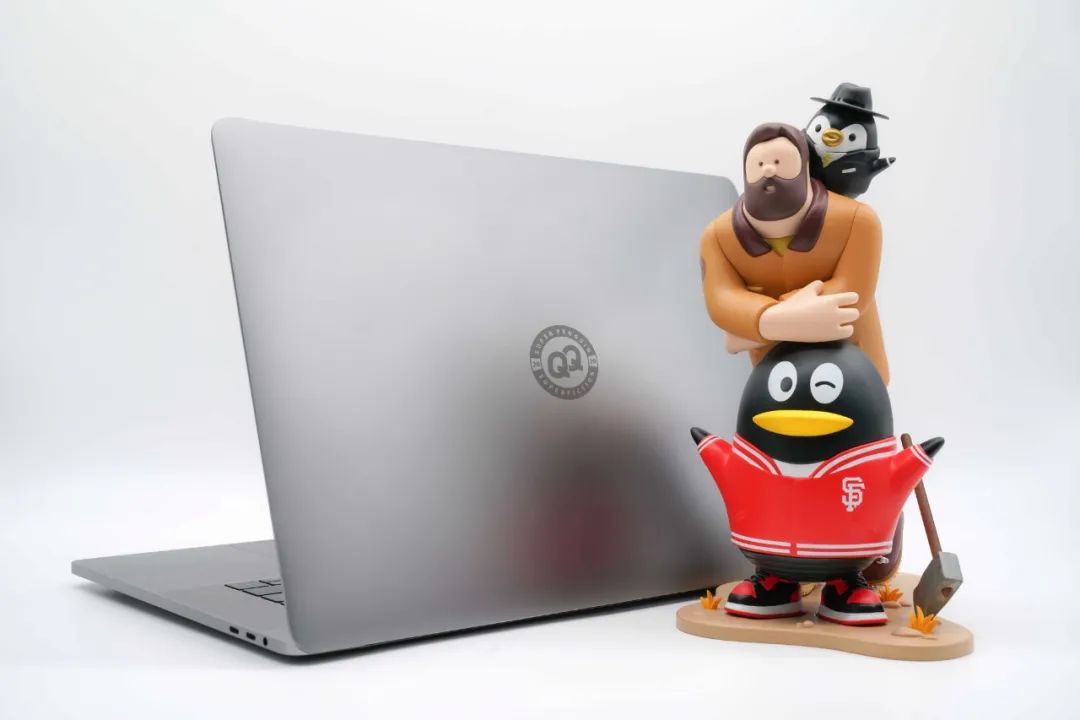 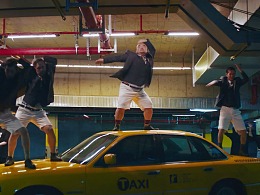 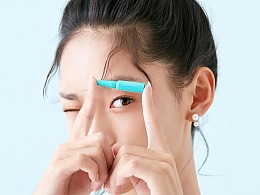 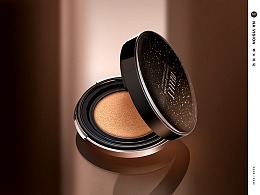